This article covers Ania Kubow's Tetris, consisting of HTML, CSS, and JavaScript, with no frameworks. The simple styling and gameplay leave plenty of room for enhancements, which I took to the max! 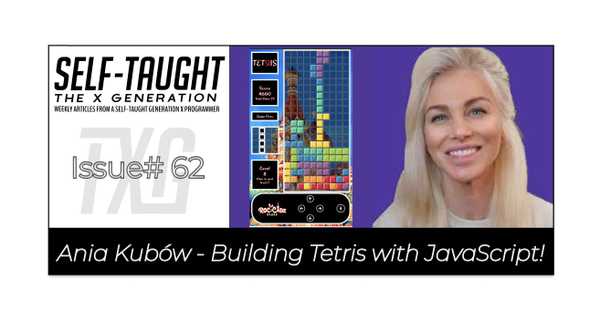 Ania Kubow is a software developer that teaches others how to code by building retro games and projects. She is also part of the core team at freeCodeCamp.

Ania was born in Poland and raised in the UAE, and graduated from Dubai College, majoring in Math, Physics, and DesignTech before moving to the UK to attend University.

Ania's FREE YouTube course teaches you how to make a Tetris game in JavaScript with basic functionality and styling.

In this game of Tetris Ania covers the following JavaScript methods:

Ania Kubow's Tetris JavaScript tutorial is brilliant, and I can highly recommend it to anyone interested in learning JavaScript.

Not only do you learn how to make a game to add to your portfolio, you learn fundamental JavaScript programming in a fun and engaging way!

The simplicity of the Tetris JavaScript project allows you to create a working game rather quickly and leaves plenty of room for customization, which I took to the max!

Note: There is a known issue of rotating the Tetrominoes at the edge of the board; half of the rotated Tetromino displays on both the left and right edges of the gameboard.

This issue was addressed by Ania and can be resolved by adding additional code found in her GitHub repo.

///FIX ROTATION OF TETROMINOS A THE EDGE

Like many people, I have spent countless hours playing Tetris on numerous platforms.

In an effort to pay homage and capture the essential essence of the Tetris game, I added the following enhancements:

Here is a link to my completed Tetris game: tetris-laroccade

For the font, I used Redressed from fonts.google.com.

I had some trouble with the "TETRIS" logo; I wanted to reverse the "R" in TETRIS, as seen in some of the various game ports.

I realized that the CSS transform was not working with an HTML <span> tag. I resolved this issue using an HTML <div> tag as follows:

Finally, I used Flexbox on the "title" to display all the letters on one line.

For the game's background image, I used Saint Basil's Cathedral, as seen in various versions of the Tetris game.

For the game grids, I created a semi-transparent background. I decided to use gray borders on the grid divs for visual assistance and easier gameplay for the users.

For the Tetrominoes design, I used a Google Chrome "color picker" to get the hexadecimal colors found on the following picture: 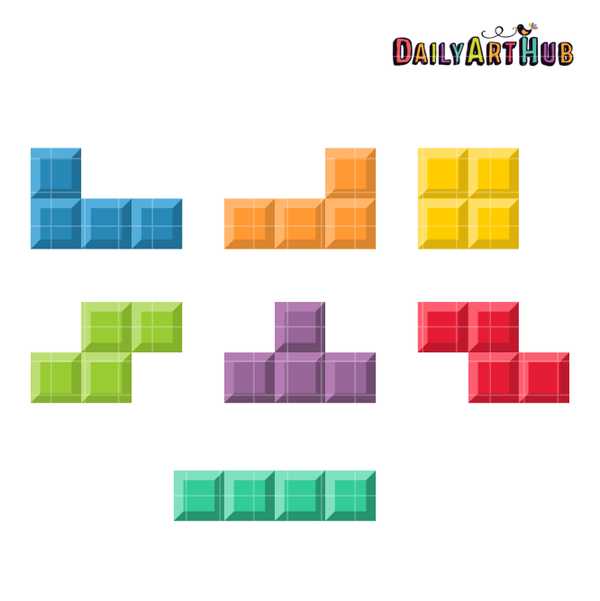 Below is the code for the orange Tetromino:

I wrote a function to select a color to add to the Tetrominoes randomly.

I add the random color when the Tetrominoes are drawn and undrawn.

I came up with a desktop and mobile-friendly design for the game layout. I positioned the game information on the left side of the game grid and placed the game controller on the bottom of both.

For learning how to create design layouts in CSS, I highly recommend learning from Kevin Powell.

To learn more about Kevin Powell and how he has helped me, you can read my following articles:

For the game's music, I created an mp3 from the following YouTube video: Original Tetris theme (Tetris Soundtrack). This music is from the Nintendo Gameboy port.

To create the mp3's I used the free, open-source, cross-platform audio software Audacity.

To capture the audio playing from the YouTube videos, I configured my computer following the steps in this informative article: How to Record Sound from Computer directly without a Microphone?, by Shan Eapen Koshy.

I created a variable to count how many rows (lines) the player completed. The total lines completed are displayed underneath the game score.

I also created a count down to the next level variable. For every ten lines completed, the game level increments. This is displayed beneath the level.

I created levels for the game by creating a level variable. The level variable is incremented by one for every ten lines completed by the player.

I came up with a simple scoring system for the game's score that incrementally rewards the player as they progress through the levels.

I created a "currentLineScore" variable set by the current level times ten.

I created a status window to display messages to the player.

The first message displayed is a blinking "Press Start" message, instructing the player to press or click on the start button.

I designed the start button to resemble an arcade game one-player start button, including a single-player icon. This icon also blinks to draw the attention of the player.

Note: <blink> is a deprecated HTML tag. To recreate the blink tag effect, I used code created by Colby Fayock.

As the game levels increase, to make the game more challenging, I increase the speed of the Tetrominoes.

The speed decrease stops at level nine when the game speed equals 100 milliseconds.

As the Tetrominoes falling speed increased, glitches were visible appearing. Trailing game div spaces were retaining the Tetrominoes color. I wrote a "clearGridDivs" function to clear the game grid to resolve these issues.

After extensive playing/testing the game, I realized that I could not rotate the available Tetrominoes to fit in specific patterns created by the player on the game grid.

It turns out that the Tetris game consists of seven Tetrominoes. Following the tutorial, you only create five Tetrominoes.

The missing two Tetrominoes are variations of the "L" Tetromino and the "Z" Tetromino.

I created both missing Tetrominoes and wrote additional code to implement them into the game. However, it wasn't without incident!

I knew that I wanted to take a "mobile-first" approach from the very beginning of this project. I previously coded a playable snake game on my iPhone that includes a touch-button game controller, and I similarly designed the Tetris game.

The game controller consists of four directional arrow buttons and a start button. It also sports my "La Roc Cade" logo, created by design_desk on Fiverr.

Since Ania did all of the hefty lifting coding the direction functions, all I had to do was add event listeners to each button and call the corresponding function.

However, it seems like a good idea on paper and in design. But, during gameplay, it's less than ideal.

The problem is, during higher levels with faster gameplay, trying it tap the directional buttons is often taken as a "double-tap" by the phone, resulting in zooming into the screen instead of moving the Tetromino in the desired direction.

After finding and playing the official Tetris game on my iPhone, I realized that "swipe-gesture" directional controls are a better approach for mobile gameplay.

Also, the official Tetris has the game grid along with the background perfectly formatted for the phone, allowing the swipe gestures to control the Tetromeinoes without moving the game grid around.

Below is a screenshot of my Tetris game as viewed on an iPhone 11.

When the game ends, the game can be restarted by clicking/pressing the start button.

I wrote a "restartGame" function that clears the game board and resets all necessary starting variables.

To draw the player's attention, I once again add the "blink" class to the start button.

My Other freeCodeCamp Articles

Note: If you can financially afford to, please consider a monthly contribution to Free Code Camp. Free Code Camp accepts monthly donations of $5 to help their non-profit organization run.

Coding games is a fun and engaging way to learn JavaScript.

Ania Kubow takes time during the Tetris tutorial to teach the JavaScript methods used, which allows us to learn the language while we code along.

By adding your own enhancements to the Tetris game, you will better understand how the code provided in the tutorial works and sharpen your skills as a JavaScript developer!

Are you now interested in coding games to learn JavaScript? Have you already coded Ania's Tetris and added your own enhancements? Please share the article and comment!